I arrived in Budapest, Hungary in a sleep deprived haze. As if to match my mood, it was gloomy, overcast and drizzling slightly, the only time it would rain my entire week there. Despite the lack of sleep, the adrenaline of the trip kicked in when I arrived at the apartment I had rented on Utca O (O Street) right in the heart of the action on the Pest side of Budapast. The city is divided into two parts by the Danube River, Buda and Pest. Buda is where the Buda Castle and beautiful cobblestone streets lie. It’s a more tranquil relaxed pace. Pest is the commercial center where most of the hotels, restaurants, cafes and nightlife take place.

My first clue about Budapest came when I was walking around the City Centre. It felt a little like a holiday to be quiet honest without the chaotic traffic, horn blowing and the like that plagues so many urban environments. I remember distinctly that traffic was so light that my NYC urban instincts took over. I brazenly jay walked through the “don’t walk” sign. After crossing, I felt alone suddenly and looked back and noticed I was the only one out of a crowd of 20 or so people who had done so. All the Budapest citizens and other tourists waited patiently for the “walk” sign before crossing the deserted street. Hmmm, this was not my typical travel experience. Budapest, it seems is a law and order place.

Indeed it is. Oh you have a plenty of debauchery with pubs everywhere, wine drinking in the streets, gambling at casinos and I did get ripped off by almost every taxi I took. But overall it was relaxed, in control, with even the partying to the wee hours feeling sedate, relaxed and orderly. I never saw any drunk and disorderly people spilling out into the street. It was a no drama kind of place.

Perhaps it’s Hungary’s history as a the most westernized of all the old Iron Curtain countries. Before 1989, Budapest was the tourist destination for those from other more repressed countries in the Eastern Block like Romania or Yugoslavia came when they wanted to taste of the evil West.  Here they could eat at Western fast food at places like McDonald’s or even buy some coveted blue jeans! (though in many countries like Romania, it was outlawed to wear them).  Hungary still had communism and repression, but it was a special, more relaxed version of communism that they were somehow able to live with. 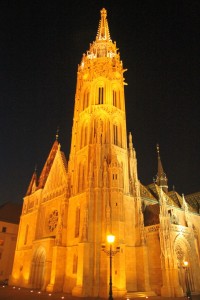 And of course, the fact that I was in the City Centre tourist zone most of the time had a lot to do with it as well, I’m sure. Yes, I of course ventured out of City Centre and certainly crossed the Danube to give Buda a go. But I never made it to the “Gypsy Quarter” or the 8th District where I really wanted to go and witness the nitty gritty side of Budapest. I had met a friend who promised to take me by bus (she didn’t trust me to go alone stating flatly that I would “definitely get robbed”) but in the end she canceled on me and by then I hadn’t any more time to reschedule.

I doubt very seriously her statement about “definitely getting robbed” in the 8th District being true. A little research online uncovers nothing but rave reviews for the so called “Gypsy Tour” and nary a report of robberies. Missing the reportedly wild and wooly 8th District was the one regret I had when I had to bid adieu to Budapest and continue on my journey by train to Serbia and then late Romania and Ukraine. Yet I was heartened by the fact that I plan on making many, many returns to Eastern Europe and Budapest in particular. It’s just too lovely a city to resist. But this time, no jaywalking… at least until I get to the 8th District. 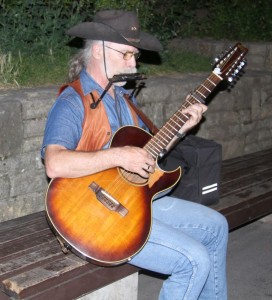