People say I have a great “job”, and I do, but producing Raw Travel is also a ton of work and sacrifice. I’m 99% sure I could make more $ doing something else, but I figured out a while back that old cliche about $ and happiness is actually true.  The impact of the show and feedback from viewers is one big part of the reason we carry on. At times I wonder if the show is having an actual impact other than entertainment, but then I hear stories like this Toronto gentleman who saw Raw Travel last year (we’re not licensed in Canada so I assume he saw the Buffalo or Detroit feed).

After tuning into our story on Care For Wild Africa/ African Conservation Experience this gentleman booked a trip to volunteer for them in South Africa and has returned a changed man. He’s telling others about his transformation and about this critical issue as rhinos near extinction. Here is his story and I thought I’d share it.  P.S. You can see our segment on the CFWA again this summer in “Amazing Animals” July 1st-2nd, 2017.

A link to his story can be found HERE:

This weekend it’s The Gateway to Africa (AKA South Africa).
I’m hoping for a return trip to the continent in Season 5. Maybe Uganda, Ethiopia or Morocco. Yes, some African countries require a visa (I.e. Ghana), but it’s a big continent and there are many that do not. Here is a resource if any of you are planning or thinking of traveling to Africa and want to know where a visa is NOT required and a US Passport will get the job done.
As always, double check the info before you go as things change frequently.
You don’t want to have happen to you what happened to me years ago on a long planned trip to Brazil. I arrived at the airport and the American Airlines ticket agent asked for a Visa and I responded that I only had a Mastercard.
Long story short, I sheepishly caught a taxi back home to cool my heels for 3 days (too embarrassed to go back to the office, as everyone assumed I was already chilling in Brazil).
I was able to pay through the nose for an “emergency” visa, and eventually left on my trip 3 days later but had to cut my trip short from 10 to 7 days because of it.
Funny story but not a pleasant experience at the time. That’s right.. I’m a travel enthusiast.. NOT a travel expert. Please feel free to remind me of that from time to time. Fun travels all! http://www.africaranking.com/visa-free-african-countries-for-americans-us-passport/ 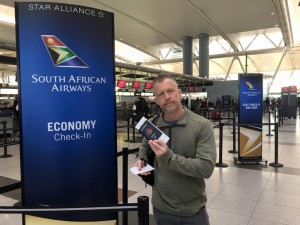 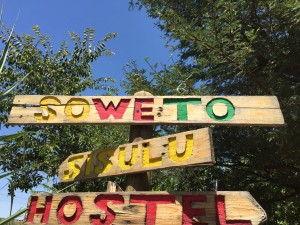