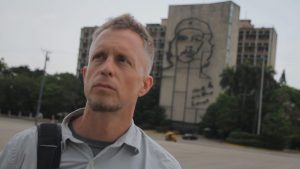 My 2nd trip to Cuba was a little different from my 1st. Oh, I still went unofficially, choosing to go via another country (it’s cheaper) and not have my passport stamped, but this time there was a U.S. Embassy in Havana. If I were to get sick, stranded or in legal trouble I theoretically at least had a backstop.

This wasn’t the case when I first visited Cuba against a background of having a few years prior, known a Dominican-American filmmaker who had visited Havana for the first and final time to attend the Cuban Film Festival (in 2002 or 2003 I think it was), and never made it back.

My friend, the aspiring filmmaker who had a short film accepted to the festival, was ecstatic about going. He went officially but since he was of Afro-Latino descent and dark skinned, could easily blend in with most everyday Cubans.

This, combined with the fact that he was a U.S. citizen and therefore had to bring enough cash to last him the entire trip (U.S. issued ATMs and Credit Cards didn’t work at the time in Cuba, nor do they at the time of this writing) became a contributing factor as to why he didn’t make it back. 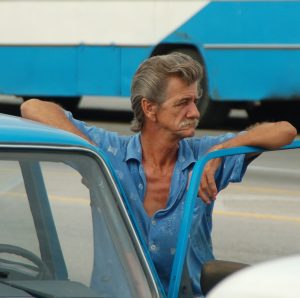 Something happened to my friend after what I think was his first night in Cuba.  He was found in a Havana street the next morning badly beaten and unconscious, apparently robbed of his stash of cash, missing a passport and wallet or any way to ID himself.

Since he had no ID and was dark skinned, he was assumed to be Cuban by the Cuban medical personnel who attended to him and taken to the hospital for “regular”, everyday Cubans. This was not one of the hospitals featured in Michael Moore’s documentary “Sicko” where government officials and other connected well off folks in Cuba are allowed to go.

He was taken to an overtaxed hospital without sheets on the bed or lights in the hallway or basic medical necessities.

After regaining consciousness and seemingly on the road to recovery, my pal (as I heard it from other friends who were there with him and were trying desperately to get him back to the U.S.), had a complication, slipped into a coma and died from a fairly routine injury that could have been fairly routinely addressed back in the states.

I was told that after much wrangling, Billy Bush (my filmmaker friend worked at Access Hollywood) reportedly pulled some strings from cousin, then U.S. President George W. Bush, to get my friend’s body back to the U.S. for his funeral.

He left behind a wife and young kids.

This incident barely even made more than a mention in the local Spanish or English language press at the time and I always felt this was an injustice. He deserved better.

Now every time I go to Cuba, I think of my friend and how he died far too young in a country that specializes in covering up such ugliness and I wonder why the U.S. press (and government) paid so little attention to this travesty.

I think of the young Cuban punk rock fans I met on my first trip, who were promptly carted off to jail for having the audacity to speak to an American with a camera out in the open. How long were they in jail? Were they beaten? Worse?

I think of the media’s mostly glib obsession with travel to Cuba with hardly a mention of the severe poverty and lack of basic human rights for the Cuban people. Or maybe people are just tired of hearing it.

I think how most of the outside press has to register with the Cuban government so they can get the “Fidel Castro” tour where everything is a paradise and everyone is happy.

That’s why, for my 2nd act to Cuba, I went undercover as a tourist to try to film, by hook or crook or iphone, what the real Cuba was like for people. 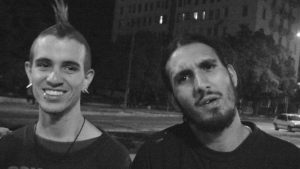 The fear that inhabits Cuba is palpable if you open your eyes and ears. Neighbors are turned against neighbors for an extra bag of rice as a reward. People are watching each other warily, unsure who is a government informant and who can be trusted, pitting family member against family member in some cases.

They have been manipulated by a paranoid (and perhaps with somewhat just cause, given the U.S. often ham-fisted attempts at intervention over the years) and now reeling government consisting of a tiny group of “leaders” that include one who is rumored to be near death and mentally unstable (Fidel Castro) and his possibly less brutal but equally unstable, power hungry brother (Raul Castro).

I’ve never met the Castros nor, chances are will I ever as I don’t intend to return to Cuba until freedom is finally found for the people of Cuba.

But as travel from the U.S. to Cuba opens up (and I believe this to be the right thing as 50 years of failed policy is enough) and people go and enjoy the unique and yes, beautiful culture and gush over how Cuba is “stuck in time”, please remember my filmmaker friend and the Cuban people, like my brave punk rock pals, who are systematically silenced by a minority of their fellow citizen “leaders” who evidently are so afraid of their lack of ability to legitimately lead, end up doing what despots, dictators and inept rulers have done for centuries… attempt to silence all diversity of thought and expression in order to hold to power.

Silence… is there anything more tragic in this world?