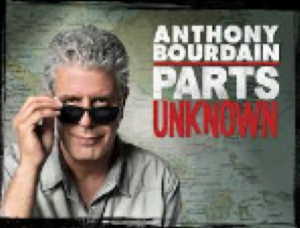 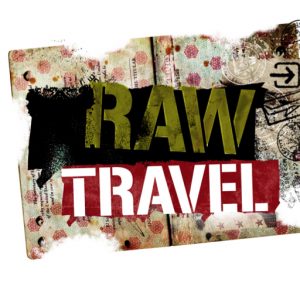 I’ve been to Cuba twice, both times via another country. Now that travel restrictions have lessened and opened up to U.S. citizens there’s a “gold rush” of companies rushing to make money from the opportunity, from the well know, to the not so well know.  But it’s fraught with difficulty and if you throw in a good old fashioned incompetence. I’m going to offer some personal tips for travel to Cuba soon in an upcoming episode that premieres Super Bowl Sunday in the U.S. (sorry about that!) called “Travel Hacks for the Raw Traveler” and an accompanying blog post.

But in the meantime, I thought I’d share with you an experience from a pal of mine who was heading to Cuba for 2016 Holiday Season, or thought he was and found out the hard way, how difficult it can be.

What follows is a 1st hand account from Ryan Lewis, a traveler from NYC.

If you were planning on flying JetBlue’s new direct flight from JFK to Havana Cuba… save yourself a massive headache and several days of lost travel time‎, book on another airline, or fly to another city and fly JetBlue through JFK to Cuba, but whatever you do, DO NOT plan on departing from JFK and making it to Cuba that day.

The beauty of a direct flight from the northeast to anywhere in the Caribbean is that it’s a short flight to paradise. Not so for JetBlue’s disastrous new service which allegedly instructs its passengers to arrive FOUR (4) HOURS ahead of time if they are to make their flight. Is this true? No, not actually, but that was what the 56 stranded passengers of flight 243 were told by JetBlue’s staff yesterday as they were being rebooked for flights several days out. Apparently it was the fault of the passengers for only arriving two hours early for their international flights – the same 2 hour advance arrival that is standard for all airlines throughout the world is apparently not standard for JetBlue flights to Cuba… or is it?

Although our attendant informed us in no uncertain terms that all flights going to Cuba needed 3 – 4 hours to complete the allegedly cumbersome paperwork for U.S. passengers, that same attendant then proceeded to book us on a make-up flight from JFK, through Ft. Lauderdale to Havana, Cuba, which had a 1 hour layover, during which we were to have that same paperwork and visa processed by JetBlue’s staff in Ft. Lauderdale… soooooo, lie?  To be honest it’s unclear to me whether the necessary visa paperwork would even be processed in Ft. Lauderdale as the JetBlue attendant repeatedly assured us it would.  My suspicions were peaked by the fact that I was told by other passengers that on other JetBlue flights to Cuba, which traveled through JFK, the passengers had their paperwork handled at the airport of origin.  Is it just that JFK’s JetBlue staff is so incompetent or understaffed?  Seems plausible based on what I saw and heard yesterday.

The same attendant who rebooked us on what was allegedly the next best flight (a non-direct flight that departed two days later, with no actual seat assignments), also insisted to my girlfriend and me that there was a warning on JetBlue’s website informing all passengers to Cuba that they had to arrive at the airport 3 – 4 hours before their flight in order to process paperwork. However, when I asked where on the site that warning was, she said she didn’t know. I informed her that no such information ever popped up when I was booking my flight, or after I booked my flight. She then informed me that I had “to click on something”.  I literally could not find words to respond.

So, what’s the skinny? Basically, I have heard from multiple parties flying JetBlue from SFO through JFK, flying other airlines from LA to Cuba, from various points in Florida to Cuba and elsewhere throughout the nation that by and large things go smoothly, short processing times and easy flights are the norm. However, of the people standing in line with me yesterday, the girl in front of us was in line for the second time in two days, having been rebooked to Cuba from the previous day by JetBlue. The man in front of her was also in line for the second time, having been rebooked from two days prior. And all, like us, had arrived two hours or more in advance and all, like us, were being rebooked for flights up to two or more days out. A week long vacation turned into mere days, all because of a problem which is, by all accounts endemic with the JetBlue staff and/or system of processing passengers at JFK. After a month of providing this “service” to Cuba, and a month of the same problems, the JetBlue staff simply find it easier to continue ruining their passengers’ vacations and covering their tracks with laughable lies and excuses than to actually find a quasi-workable solution to the problem.

The problems there are so bad that the “managers” have seemingly stopped addressing them. After waiting at the airport for over three hours, no manager would come and speak with me to explain what had happened or what could be done. I was told that I could go upstairs and find “Justine” but she probably wasn’t going to come down because it was “real busy” up there.

One last tip for those of you departing JFK to Cuba on JetBlue, another thing that no one will inform you of is that the JetBlue Cuba check-in and visa processing is not even actually on the same floor as all of the other JetBlue check-in and baggage lines, apparently they thought it best to secret this special check-in on the baggage-claim floor in the very back, behind baggage carousel #6.  When you go to self check-in, the terminal will simply tell you that you that you can’t check-in, but that you need to see an assistant.  However, it being holiday season, the check-in lines literally have hundreds of people waiting in them to check bags, etc. as does the “Special Help” line.  I am told that if you actually wait in any of those lines, when you get to the front they will simply tell you they can’t even take your bags and then they will (at long last) tell you that you need to go downstairs to a secret line somewhere behind all of the baggage claim carousels.  This unfortunately happened to a number of people on flight 243 yesterday, the rest of us simply spent 15 – 30 minutes walking around the JetBlue terminal asking stray attendants where to go.

My heart is always pounding hard in my chest when I make an appearance on live TV. I don’t know why it’s so different when I know the cameras are recording my images live as opposed to airing weeks or months later, as is the case on Raw Travel TV.

That said, the friendly folks at Good Day St. Louis on our affiliate KMOV CBS 4 put me at ease and despite my joking about the drivers in St. Louis (they are a little aggressive and I’ve driven in many parts of the world!), the people in St. Louis have always been super friendly, hospitable and polite when I’ve visited.

Thanks for a wonderful time guys.

Here is a video of the interview if you want to see it and while I hate to disappoint, no, I did not pass out from fright… this time. Click HERE to view. 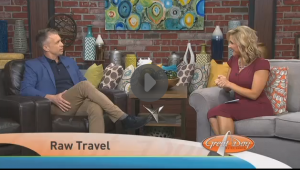